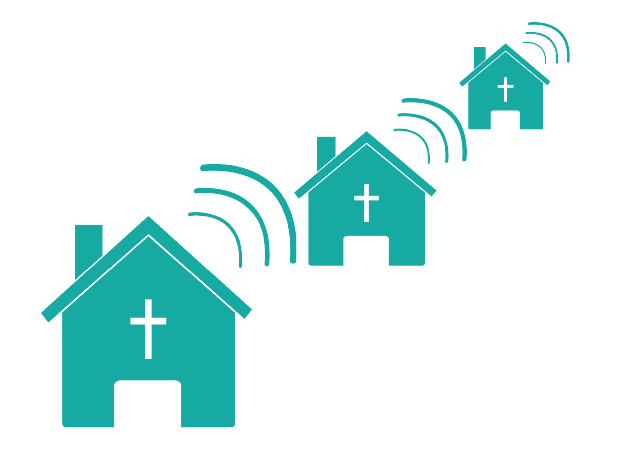 The 4 Huge Problems with Multi-Site Churches

As an involved member of your community, you’ve likely heard of the increasingly popular trend in the church space: that of the multi-site church. Those in favor of them claim that with more campuses, a church is more able to achieve its goal of spreading God’s word.

Others argue that just because you can open new locations doesn’t mean you necessarily should. It’s a major step – one that could fundamentally alter the course and nature of your church. As more churches take this route, it’s important to learn about the risks and rewards involved and the right way to go about it.

Satellite churches will always be secondary to the first and primary church. No matter how hard a church works to seamlessly integrate multiple locations and provide the same experience and service to all, the two will never be truly equal.  One came first and it is the sun around which other campuses - the “satellites” - orbit.

Critics say this can lead to a divided congregation, competition, feelings of inferiority and disagreements over resources and programming.

Many multi-site churches are built around the appeal and popularity of a charismatic pastor. Typically, that pastor conducts services at the main church and the services are streamed live or videotaped and broadcast to satellite locations. Those who don’t support multi-site churches argue that this can elevate him or her to a dangerously high level. It also can remove opportunities for other preachers.

To successfully open a satellite site, you have to invest in the appropriate technologies. In addition to the financial strain this can put on a community, properly operating the technology can often require a level of technical expertise that your production volunteers may not have. Many churches with satellite campuses must actually hire technical experts to oversee their productions.

Many people feel that churches perform best when they are integral to the communities in which they’re located. In fact, many community members return to a particular church week after week because of the relationship they’ve built with their pastor. Though satellite sites can be opened in the same city as the main campus, they can also be opened in cities across the country.

In addition to lessening the personal bond between a pastor and his community members, this difference in location (whether a few miles away or hundreds) can shift the focus of the satellite church from its community to that of the main church, to the detriment of the campus and its community.

The argument over multi-site churches is complex and there may not be a “right” answer either way. It’s always best to take the needs of your community members in mind and make a decision that’s best for them.

To learn more about the benefits of multi-site churches, read The 5 Reasons Multi-site Churches are Here for Good.