This post explains why a 1080p video stream does not always look better than a 720p stream. It's the main post in our series on HD live streaming.

The common belief is that more pixels means a higher-quality picture for viewers. But this isn’t necessarily true, thanks to the video compression process.

When encoding for live streaming, hardware and software encoders compress raw video using techniques like chroma subsampling, spatial image compression, and temporal motion compensation to reduce the bandwidth of the original video to about 1/1000th of its original size.

For a given encoded video bit rate, the compression algorithm will be able to achieve a better encoded video on a smaller video than on a larger video. In other words, the number of “encoded bits per pixel” is higher for lower resolutions. What this means is that, depending on your video content (is it very static, like a conference speaker, or more dynamic, like a basketball game?) and video bit rate, your video may actually look better to viewers at 720p than at 1080p. 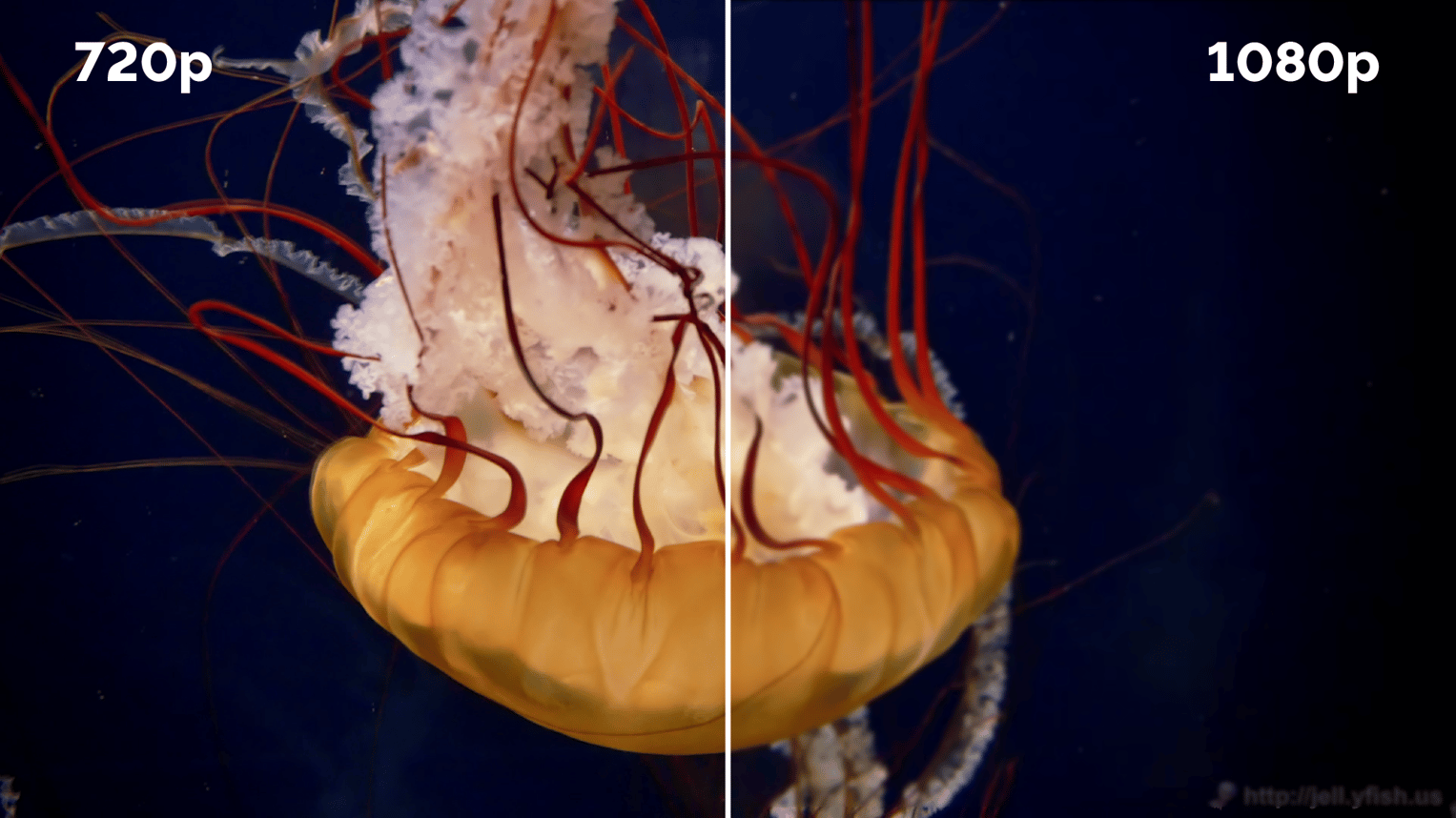 Here’s one example: we took the very popular “Jellyfish” video (commonly used in the industry for video testing) and encoded it to 4 Mbps at both 1080 and 720. We then used a tool from Netflix called VMAF (Video Multi-Method Assessment Fusion)to compare the encoded video to the original.

Things To Consider When Deciding between Resolutions for Your Stream

1. The amount of motion in the live stream

We performed the same experiment (using H.264) across four different kinds of videos and found that on average, for bit rates less than 7 Mbps, 720p videos had a higher perceptual quality than 1080p videos. Doing the same experiment, but using HEVC (which is used by the BoxCaster Pro with theBoxCast Platform), 1080p beat out 720p at bit rates over 2.2 Mbps.

If you take nothing else away from this article, remember this: unless you’re using HEVC, or both you and your viewers have very high internet bandwidth, your perceptual video quality will almost certainly be better at 720p than at 1080p.

Why Are There Two Black Bars on the Sides of My Video? (Aspect Ratio)

What Does 4K Actually Mean?