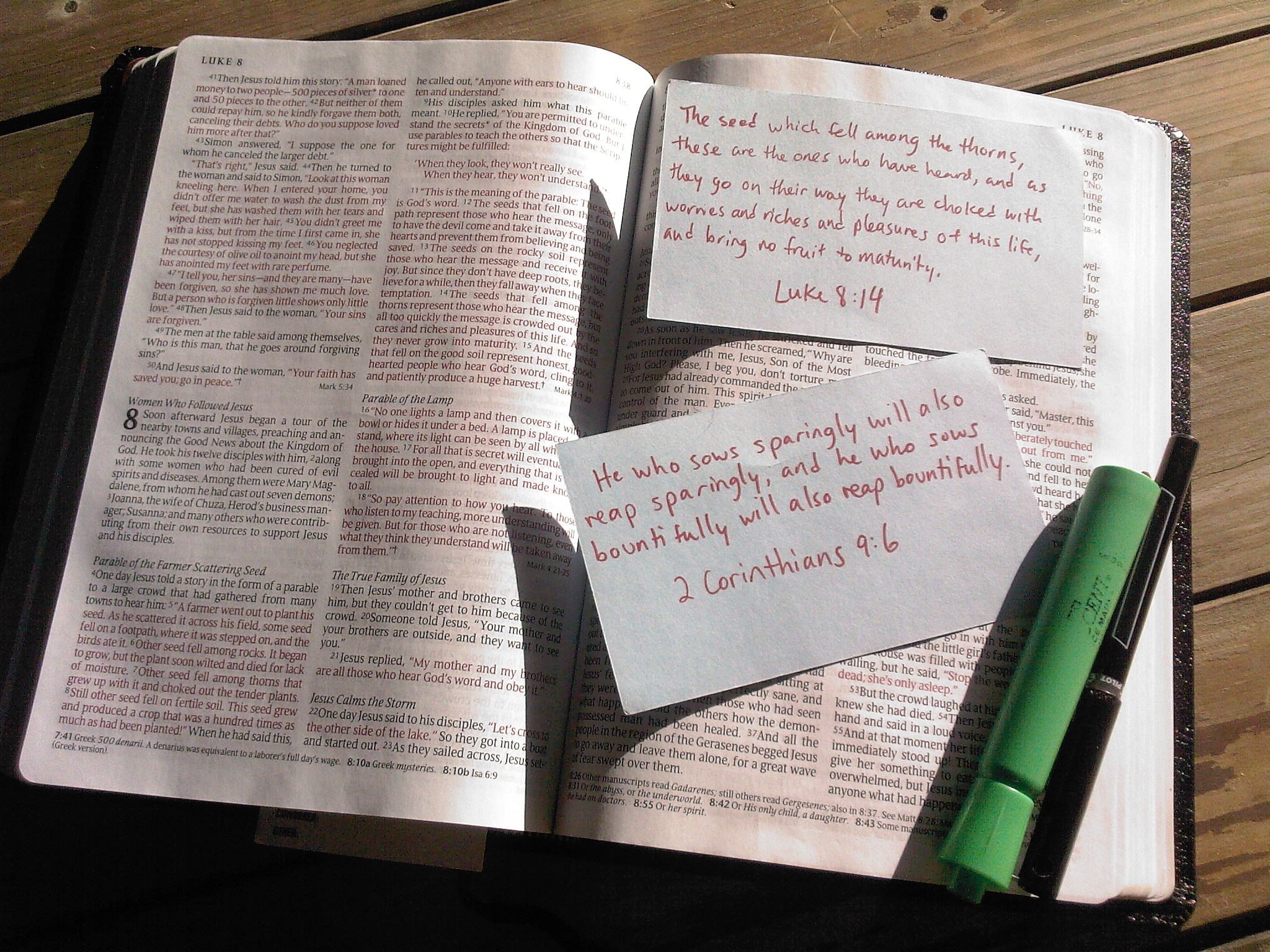 How to Use Technology to Spread God's Word

I had the privilege of spending a number of my formative years studying the Scriptures at the Moody Bible Institute. There, I developed a deep affection for the Word of God.

Heading east of campus toward LaSalle Boulevard, I would regularly pass the Institute’s grand stone archway to read the sole verse etched on the wall:

“Study to show thyself approved unto God, a workman that needeth not to be ashamed, rightly dividing the word of truth.”

This was why I came to Bible College.

I had a deep-seated conviction that God’s Word was truth and that God’s truth was supreme. Above all, I wanted to spend my time faithfully dividing and delivering His Word to as many people as I could.

The authority of scripture and the priority of preaching have been two of the greatest values of the church since Wittenberg in 1517.

To visibly portray the centrality of God’s Word in their ministries, sixteenth century Reformers went so far as to relocate the pulpits in their churches to center stage. Nearly 500 years later, this practice is still the norm of evangelical churches.

Every aspect of our ministries should follow the example of the pulpit. Pulpits do not display the greatness of preachers. Rather, they emphasize the ultimate priority of the Bible in the life of the church.

Keeping the Word of God central to our ministries involves thoughtfulness and intentionality. We must aim to honor Scriptural authority in our preaching, teaching, and counseling.

Furthermore, we ought to deliberately elevate God’s truth as supreme to both our communities and congregations in 21st century ways.

How? Consider these questions.

In all that we do, whether in spoken word or in technology, may we be people of the book who faithfully proclaim the Scriptures unto the glory of God. May we be people who are not about our own words, but His.

For more information on why a church would want to use lower thirds in their video, read this post.